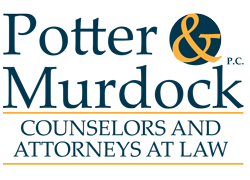 National media attention remains fixated on the “pay gap,” statistical evidence that indicates female workers in the U.S. earn about eighty cents for every dollar earned by male workers.  However, coinciding with the advent of the #MeToo movement, pay equity has risen in prominence over the past few years as well.  Pay equity focuses on whether similarly situated male and female employees receive equivalent pay based on their work output, attempting to control for job duties, employment history, and unpaid leaves, among other factors.  Recent legislative developments in this area have come primarily at the state and municipal levels; in 2018 alone, almost forty states introduced bills that would strengthen existing equal pay laws, making it easier for employees to demonstrate salary disparities and harder for employers to justify them.

California and Massachusetts were the first states to amend their equal pay laws to be more employee-friendly, encouraging others like New Jersey, Oregon, and Washington to follow suit.  Key changes include broadening the definition of comparable work from “equal work” to “similar work” (a significantly lower burden of proof for plaintiffs), limiting which bona fide factors employers can rely upon to explain pay disparities, and requiring greater pay transparency from employers.  Several states have been even more aggressive, enacting legislation that bars private employers from asking job applicants about, or evaluating job applicants based on, salary history.  These measures attempt to curb the perpetuation of endemic wage practices that disadvantage female workers.[i]  To date, salary history bans applying to private employers have been enacted in California, Connecticut, Delaware, Hawaii, Massachusetts, Oregon, Puerto Rico, and Vermont, along with a handful of major cities including Kansas City, New York City, and Philadelphia.[ii]  Following the midterm elections, even more states are poised to enact their own measures in 2019, most notably Colorado, Illinois, and Maine.

Taking a closer look at these salary history laws, many of their provisions are similar to each other and contain the same restrictions and exceptions.  For example, while employers cannot ask job applicants about past compensation until after tendering an offer of employment, they typically can rely on salary information voluntarily disclosed by applicants during the hiring process, provided that such information is not the exclusive factor justifying any pay disparity.  On the other hand, employers are free to ask applicants about their salary “expectations” regarding the position they are applying for.  In addition, the laws apply only to external job applicants and not to current employees seeking promotions or lateral moves.

To avoid both costly litigation and public relations controversies, employers must learn how to develop and maintain hiring, promotion, and wage-setting practices that comply with these new laws.  All employers, particularly those in California and the other states listed above, should consider removing salary history questions from application forms and interview scripts used during the hiring process.  Employers could also try to eliminate salary negotiations from the hiring process altogether, instead using a set of objective criteria—which are clearly communicated to applicants beforehand—to calculate starting compensation.  Another approach, which might not be feasible for all employers, would be to conduct a blind hiring process, removing all personally identifying information from job applications so that hiring managers focus solely on each applicant’s experience and qualifications.

With respect to the compensation of current employees, some employers are proactively utilizing confidential pay audits to examine their payrolls for evidence of pay disparities between male and female workers.  Pay audits can be an excellent tool for detecting disparities, provided that they are performed and interpreted by experienced statisticians or labor economists (also known as industrial/organizational psychologists).  Effective pay audits depend on accurate models that comply with relevant federal, state, and local laws, implemented in a manner that preserves attorney-client privilege and work product protections for the employer.  Taking remedial steps to address any disparities (e.g., employee pay adjustments) can be more complex than the audits themselves.  Other employers have adopted pay transparency policies that exceed legal requirements, either voluntarily or due to pressure from activist shareholder proposals.

Similar to the complications created by state ban-the-box and marijuana legalization laws, the growing jurisdictional patchwork of salary history bans presents serious compliance challenges for employers.  Ultimately, employers have to decide whether to maintain separate policies for each of their branches or establish a single, companywide policy that complies with the laws of the most restrictive state in which the employer operates.  Despite these issues, employers should strive to stay up-to-date on legal and regulatory developments, working with counsel to fine-tune their compensation policies and plan for potential litigation.

[i] See also Rizo v. Yovino, 887 F.3d 453 (9th Cir. 2018) (en banc) (holding that the text, history, and purpose of the Equal Pay Act supported plaintiff’s argument that previous salary, by itself, is never a valid reason for a difference in pay, as it could reflect “a discriminatory marketplace that valued the equal work of one sex over the other”).

[ii] But see Chamber of Commerce for Greater Philadelphia v. City of Philadelphia, 319 F. Supp. 773, 779 (E.D. Pa. 2018).  The district court found that the “inquiry provision” of Philadelphia’s salary history law infringed on the free speech of employers and thus was unconstitutional.  However, the court upheld the “reliance provision” of the law, which bars employers from relying on a job applicant’s salary history information to set compensation.  Given the implications such a holding could have on salary history laws enacted across the country, both sides have appealed.